Fetish, magic, and surrealism collide in the work of SHREK 666 and Lucid. As individuals and as partners, both performers move through Scotland’s creative circles, embodying gothic folklore whilst innovating the country’s club scene.

They’ve emerged as something of an industry blueprint: charting a new path for queer perfomers, reminding them that a devotion to a single practice is as unneccessary as appeasing the mainstream. Taking in DJing, tattoo artistry, performance art, and prosthetics work, the term multidisciplinary barely scratches the surface of the couple’s work. And is it all paying off? Their roles in the launch of ‘Trollops’ at Glasgow’s famed Berkeley Suite in the same month as their prime-time set at Riverside Festival suggests it might be.

Their increasing omnipresence in Scotland’s club spaces haven’t diluted the air of mystery that surrounds both SHREK 666 and Lucid. Getting to the bottom of it all seems to spoil the fun, as the couple most likely know, but our conversation with them got us thinking about the power in sexual liberation and queer collectivism.

Check out the feature below. The main take-aways: conventionality is dead, kink is forever. 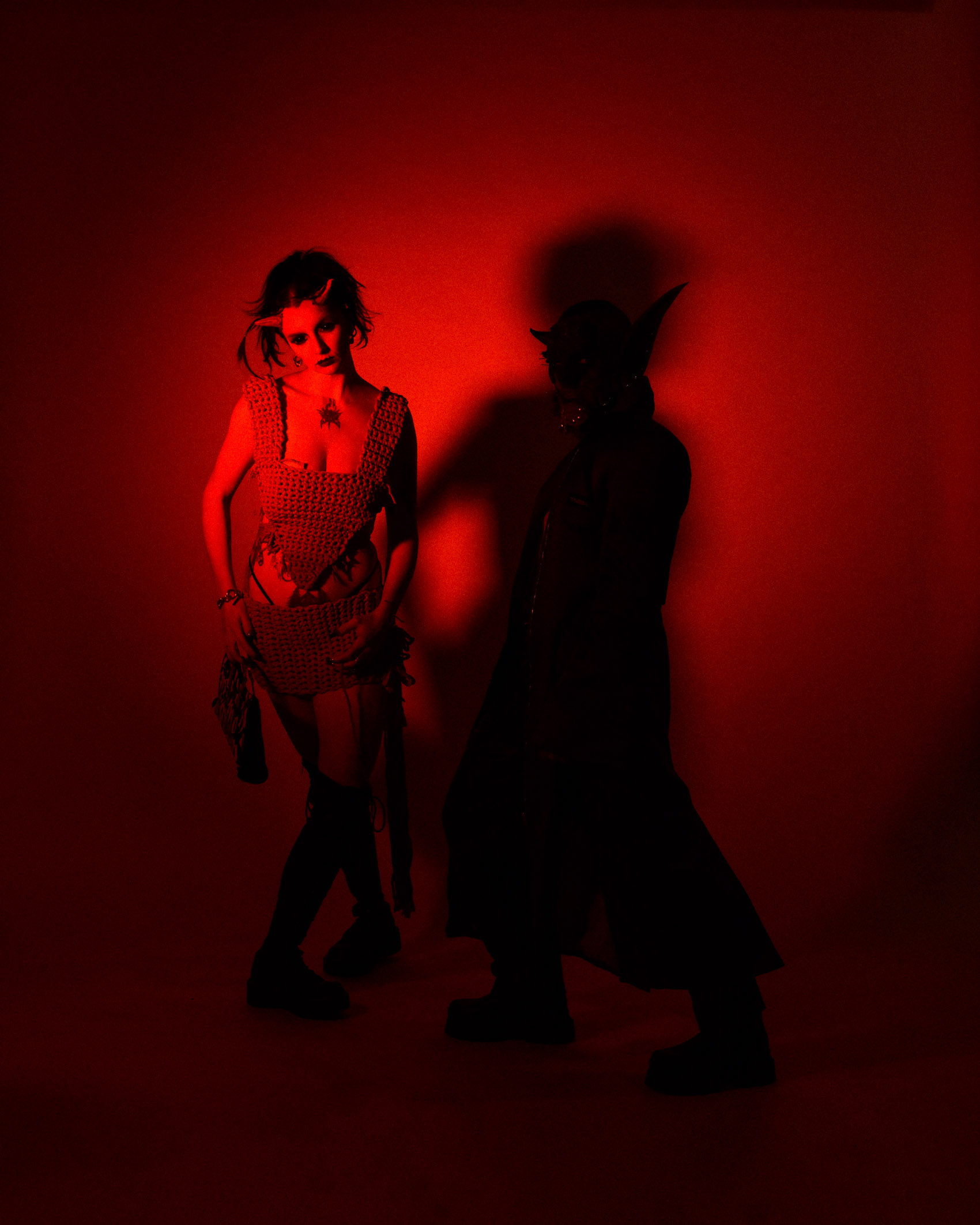 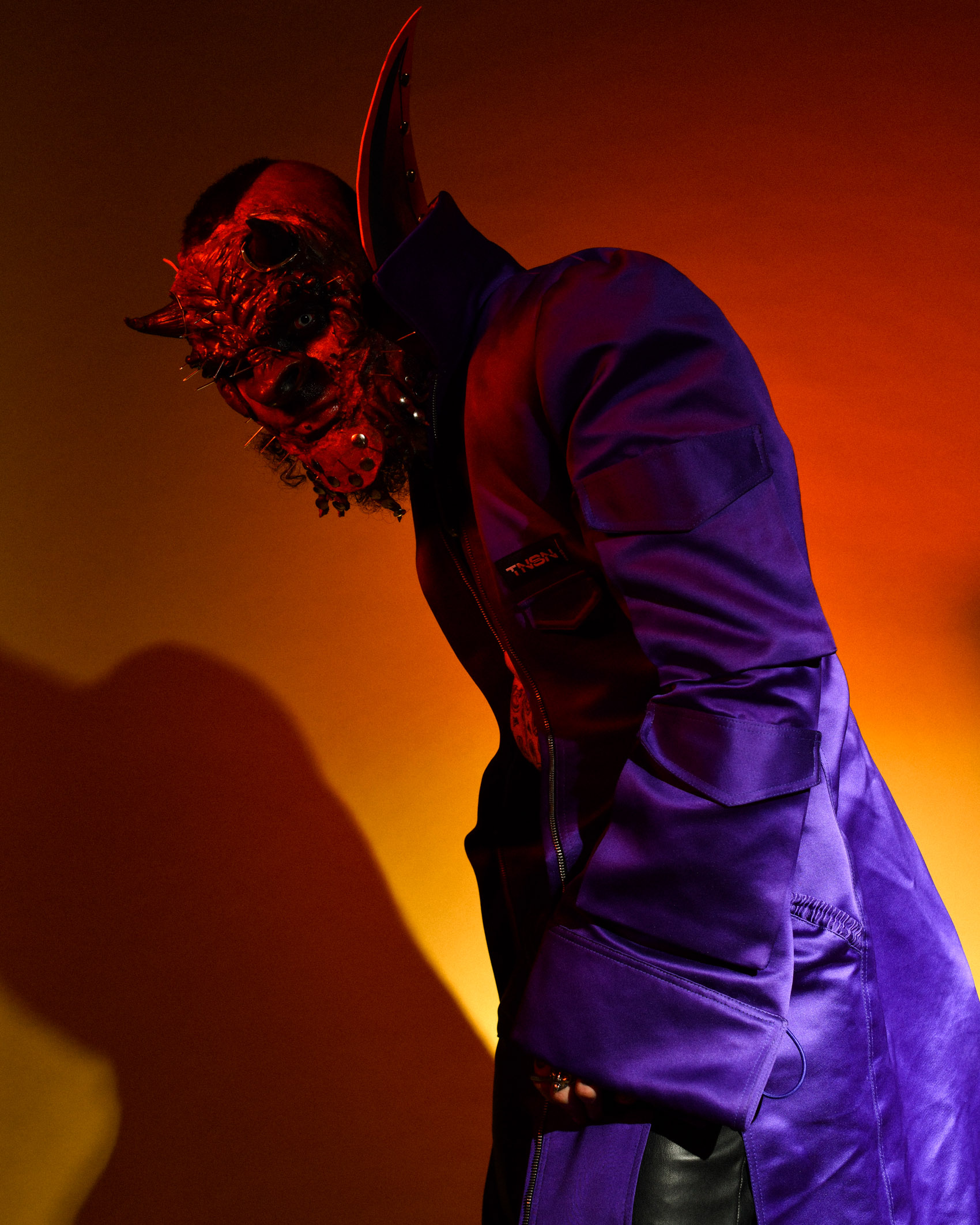 SHREK666 wears the 920 coat by THEUNISSEN

SHREK666: Hey, I am well thanks. Pretty tired today after a big weekend but feeling joy from it.
Lucid: Enjoying the sunshine today and having a relaxed Monday.

SHREK666: SHREK 666 is my performance avatar of an ogre embodiment. The name and troll I’ve been working under for years now.
Lucid: The love of my life.

Your artistic practice covers prosthetics, DJing, tattoo artistry, and performance. How do you describe yourselves as artists?

SHREK666: Multidisciplinary. I work mostly in performance and as a maker and director and collaborator on a wide variety of projects, shows, and events. It’s more about concept and feeling before medium.
Lucid: I am a performer and collaborator. I give creative direction as well as concept input for various multimedia and live performance projects. 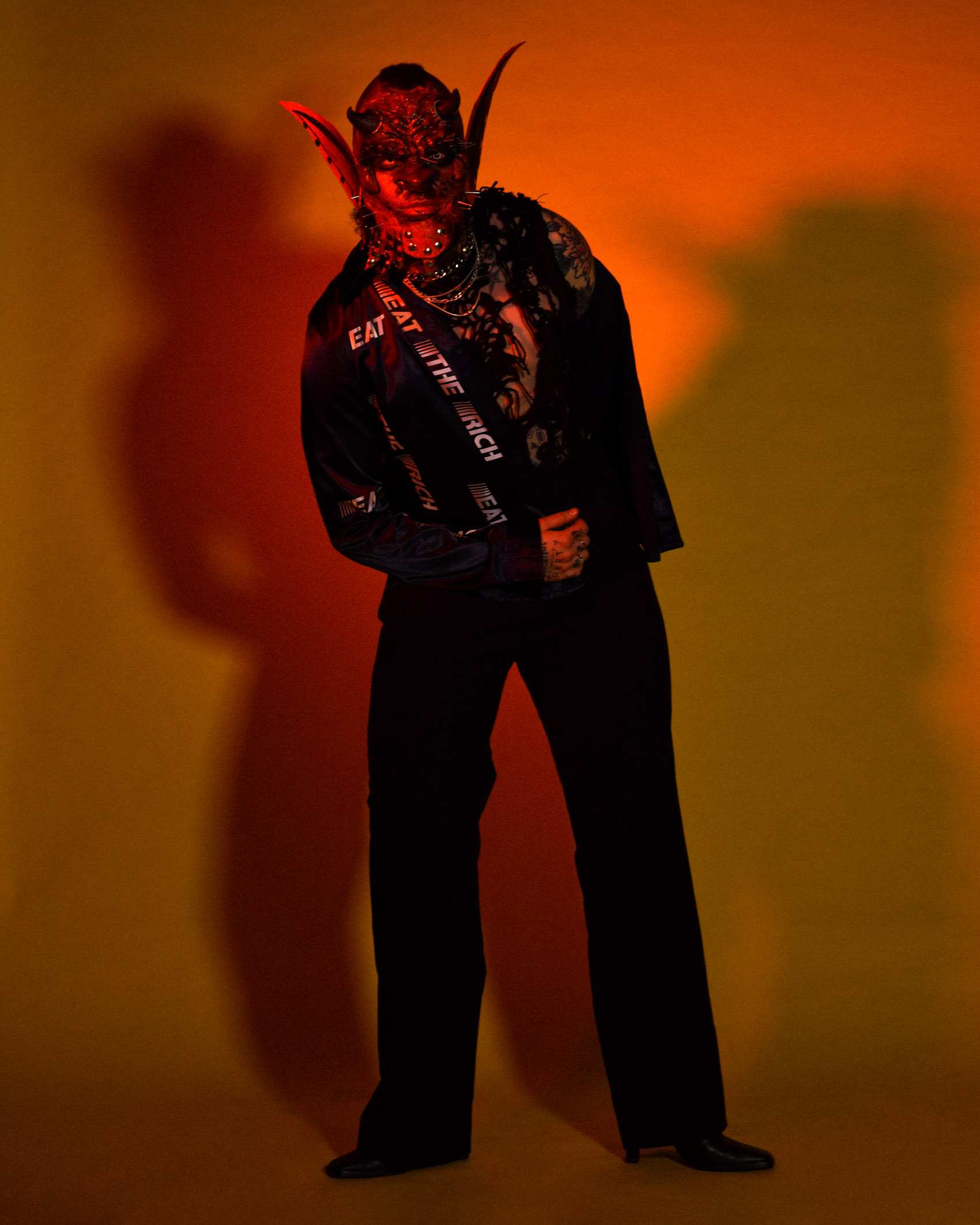 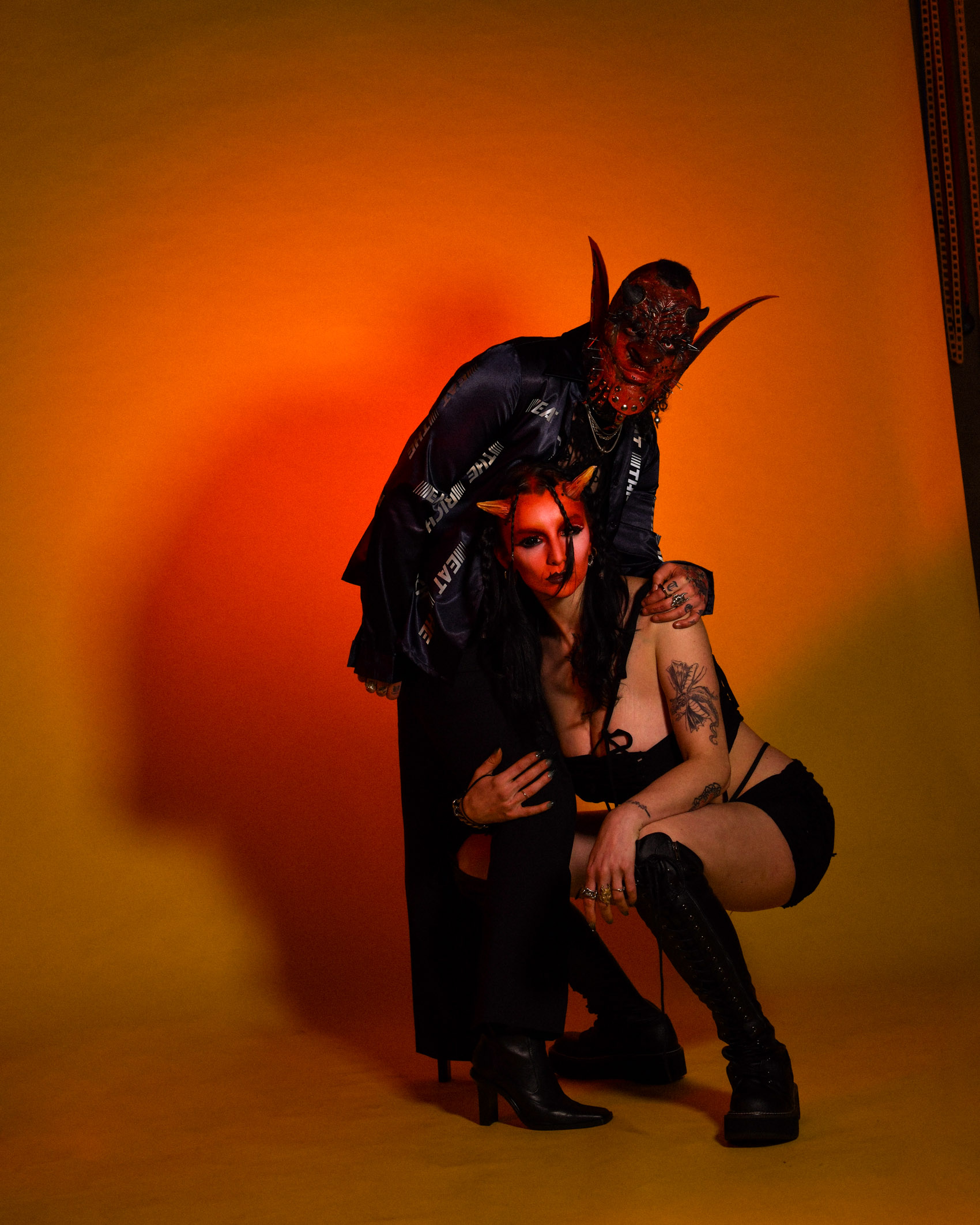 It feels like you’re everywhere at the minute. You performed at Riverside which is such a staple in Scotland’s festival circuit. What was it like performing in front of that crowd?

SHREK666: It was fun, the reaction was fab. My slot was in between Big Freedia and Roisin Murphy on the main stage which was kinda crazy. To be on a festival lineup so full of queer representation is a rarity and shouldn’t go unnoticed, and that was due to the hard work of Bonzai Bonner. Safety is a big issue however when mixing crowds. I know of multiple trans* people who were physically and verbally attacked. There’s still work that needs to be done.
Lucid: I was working BTS at Riverside, stage managing and working artist liaison. The Saturday had the most diverse line up that
Scotland has seen on a festival.

Both of your work appears to take influence from medieval imagery, body horror, religious imagery, and folklore. Have these been lifelong areas of interest? What shaped your performance style?

Lucid: We are both into surrealism and magic. As well as being goths these things influence our performance style.
SHREK666: We’re in a new dark-age.

Congratulations on the launch of Trollops at Berkeley Suite, too. Can you tell us a bit about the backstory and purpose of this night for readers who don’t know?

The backstory is in where the fight for sex workers rights and queer & trans rights meet. It’s a space that celebrates those intersections evolving strip club culture to the next level so it’s not just for cis men. A way of thinking about how you can appreciate bodies respectfully and showing how it’s perfectly possible to respectfully “objectify”. Also, importantly, Trollops is giving opportunity and celebrating trans* & gender nonconforming dancers for the first time in Scotland. 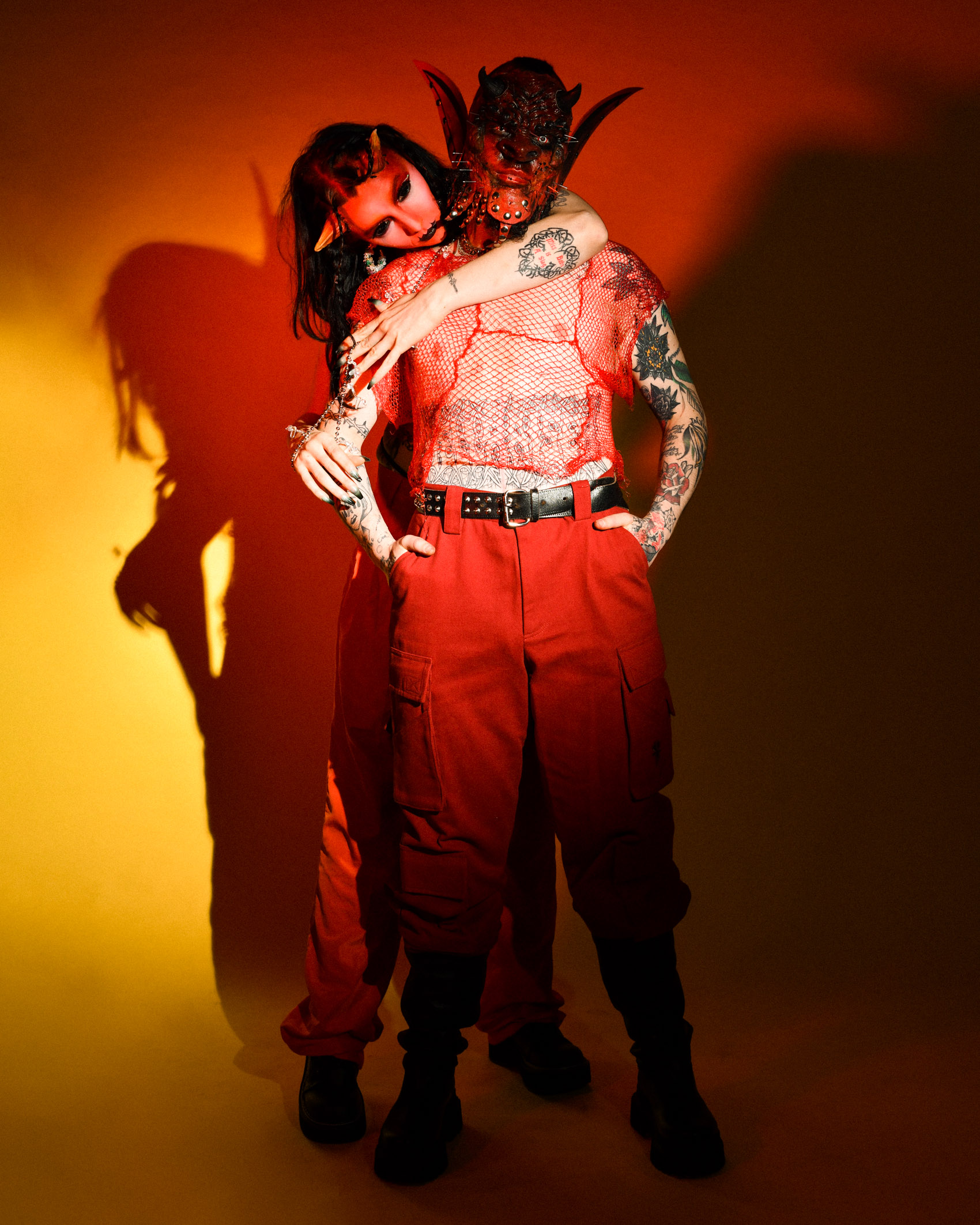 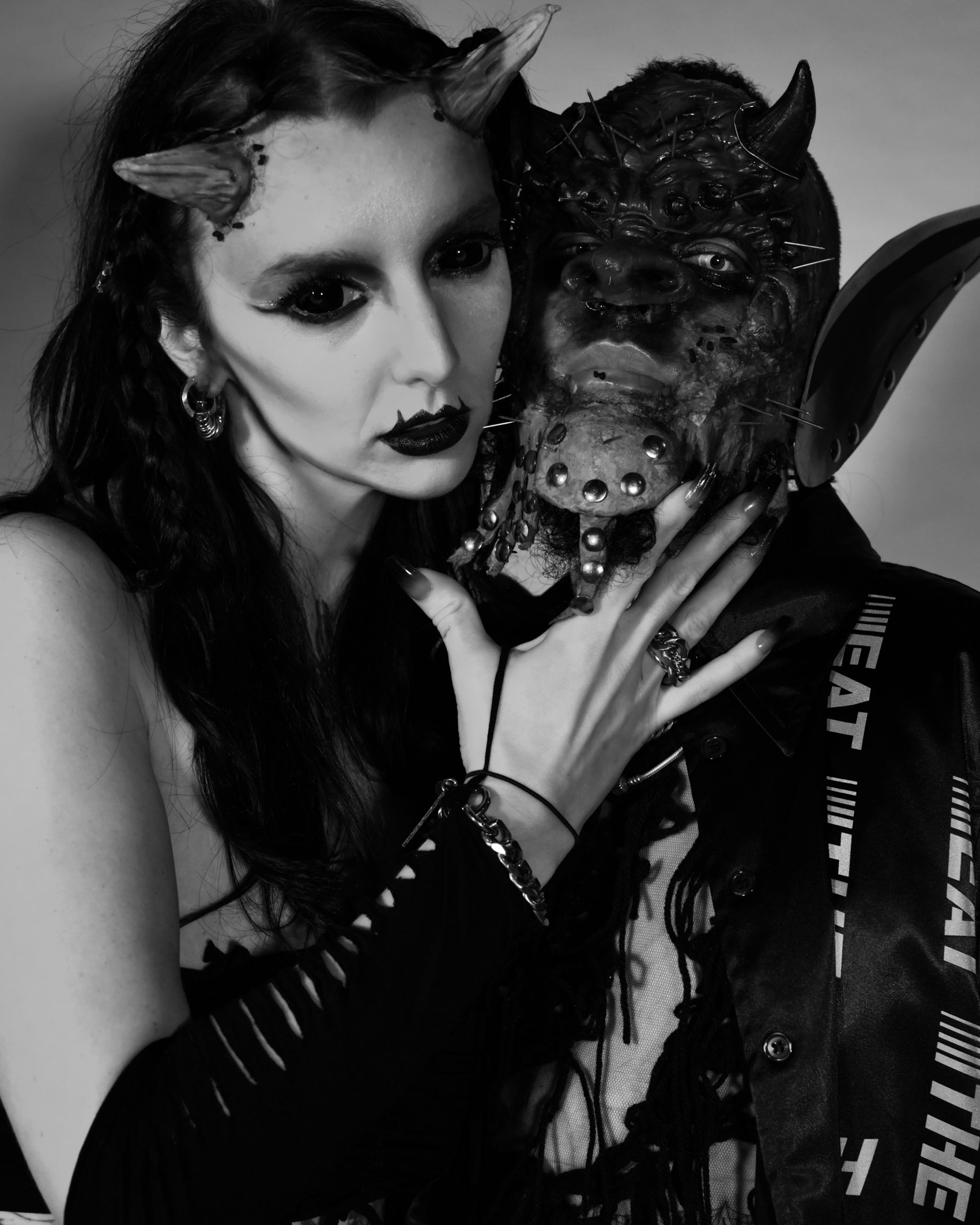 Trollops felt like at its core a celebration of sex in all its forms. It can be easy to forgot how binary and prudish mainstream discussions of sex are. What are you both hoping to communicate about sex, sexuality, and relationships through your work?

Lucid: We tend to play with fetish and power play when we work together. We like it when our audience leaves thinking about why they feel a certain way and hopefully it can open some peoples perspective up on sex. Our audiences are placed delicately into the role of a voyeur. As each person’s sexuality is individual to them we are hoping to communicate to the viewer as an individual that curiosity can be powerful.
SHREK666: Having a deeper understanding of pleasure and where those feelings come from will overall allow for more pleasure, better relationships, communication, and sex. I often use one specific fetish or kink as a starting point for a performance and explore within that, although there are so many ways to explore and share intimacy [other] than sex and we play with that through our performances.

The kind of spaces you both create, independently and collectively, no matter the event, promote love and acceptance. They’re spaces you can dive into and forget about all the anger and judgement outside. Do you feel a responsibility or even a pressure to be role models or spokespeople on queer topics?

SHREK666: I think who you choose to work with is important. Having a mutual understanding, ethos, and passion for making the space comfortable for especially queer people but open to all who show respect. We want and deserve a good time but these things take constant communication and work. I don’t feel a responsibility to be a certain way, I care about community and believe it’s important to share information.
Lucid: I do not feel pressure to be a role model or spokesperson. I have certain lived experiences that have shaped me and made me realise the importance of community and speaking up. Energy flow, blockages, and healing through movement have been a big part of my adult life. Hence why clubs have always been attractive to me: they can be a place to break patterns of shame, heal from trauma through dance, and share connection. There is however a level of whit and care required when working with club nights. Any space where d*ugs or alcohol will be consumed is not a safe space. These spaces are important and should be protected.

What’s coming up next for you both?

Lucid: I am studying Community Development in the Autumn, with hope that I will learn more effective ways of activism and hoping to continue to work in the queer and sex work communities.
SHREK666: I’m working on an exciting performance commission for Fierce Festival with my boglins and I’m doing a few more music festivals in the summer. Making more music, performance, and sculpture and working on future events for our collaborative club night which is currently called Ministry of Pound. 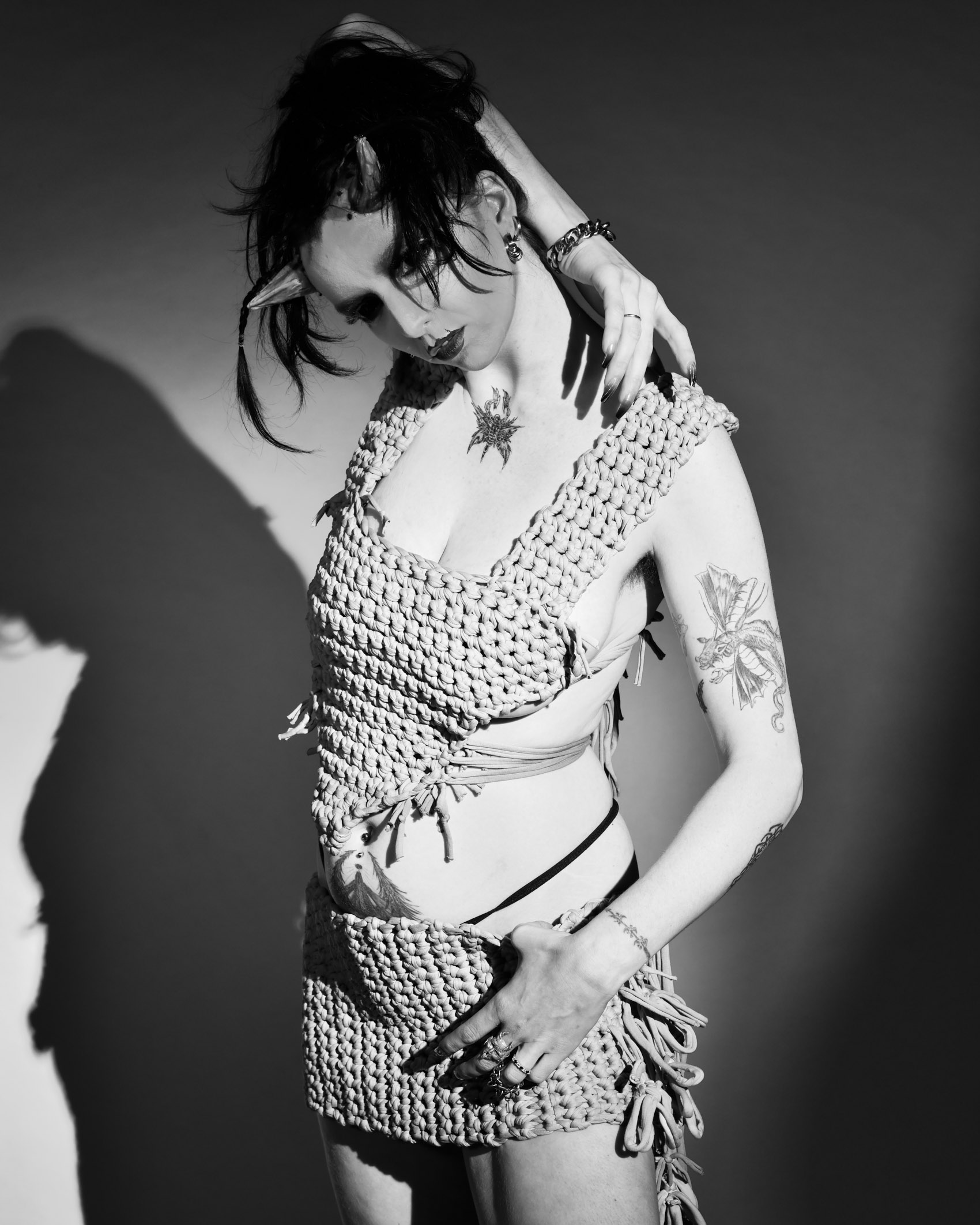 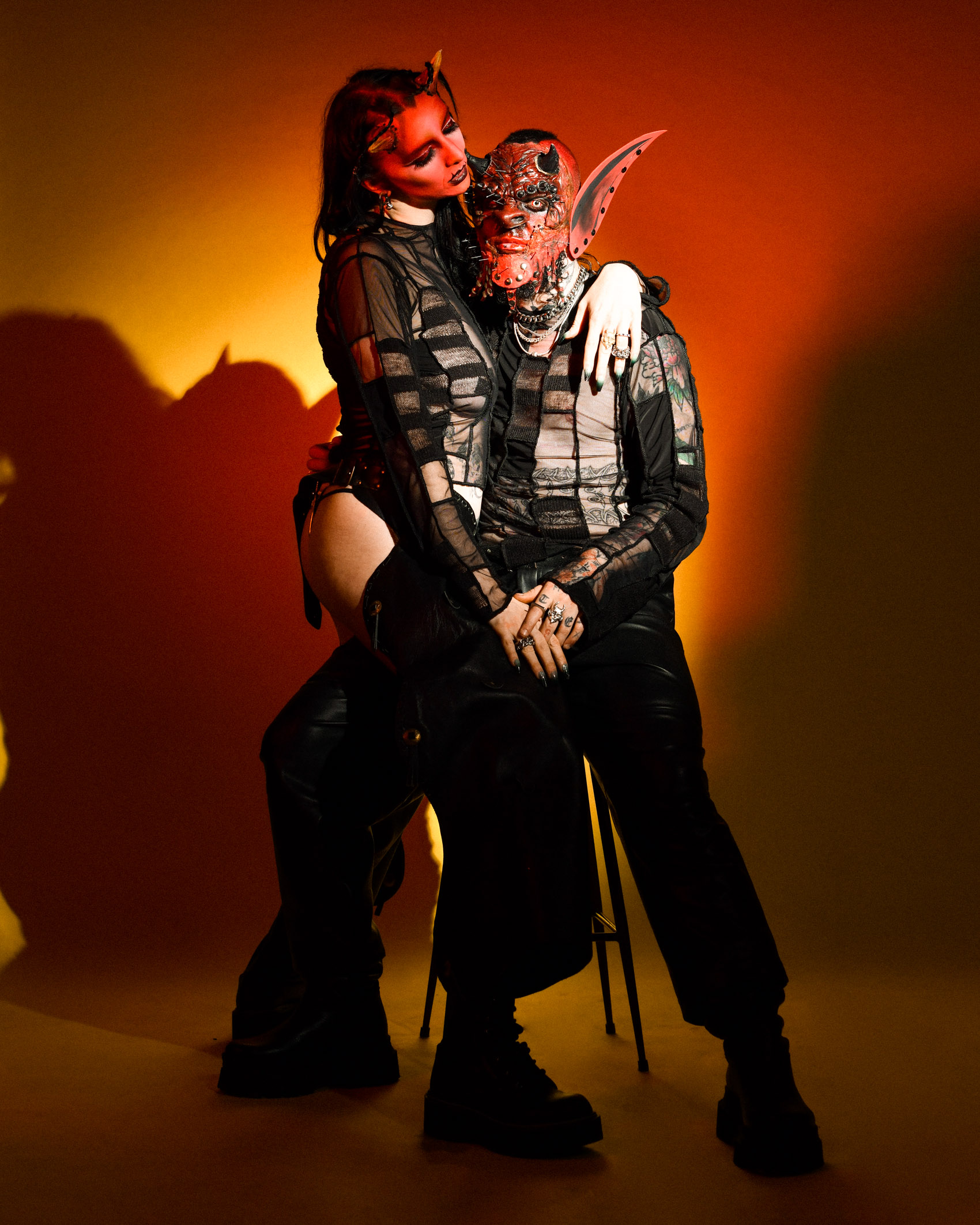 Lucid and SHREK666 wear the patchwork top by Spearpoint Official 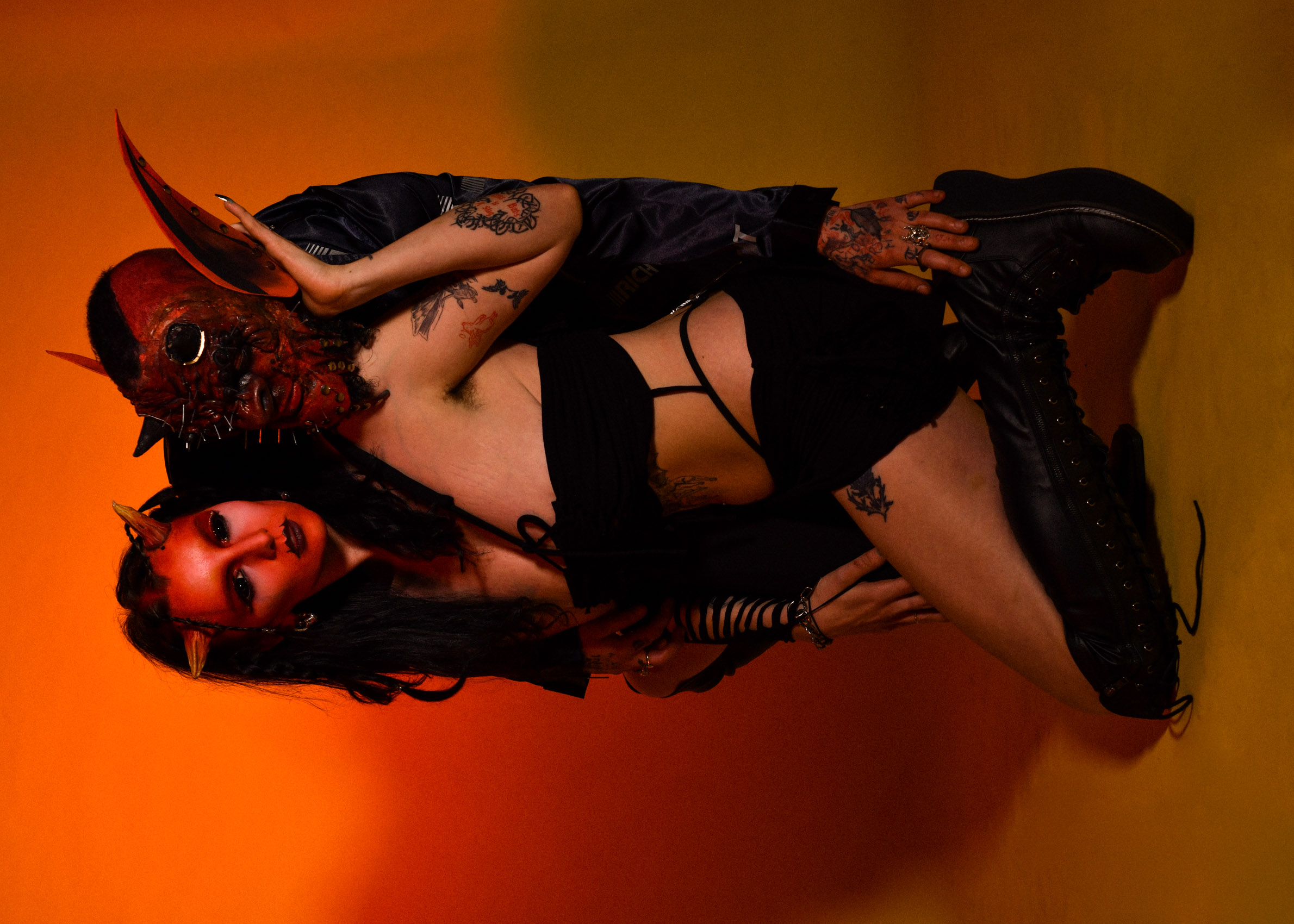