IN THE STUDIO with PEACH

A DJ collective founded and fronted by Kacie with her girlfriend Rachel, Peach have made a name for themselves with their collaborative-focus, all femme parties, and experimental sets.

As club line-ups fill with an ever-growing list of residents, Peach don’t make a move unless it feels right. Each performance feels authentic, carefully considered. Building a loyal community isn’t easy, and Peach have put the work in to make their name synonymous with quality.

Chatting to Kacie and Irene, it’s clear the work they do is about more than just themselves, or the future of Peach. It’s about changing the framework of DJ culture in general, making it a more accessible, more expansive, more inclusive environment than it’s been in the past. They know it’s a work in progress, but as Peach’s name continues to grow and the guest lists get longer, we might not be too far away. 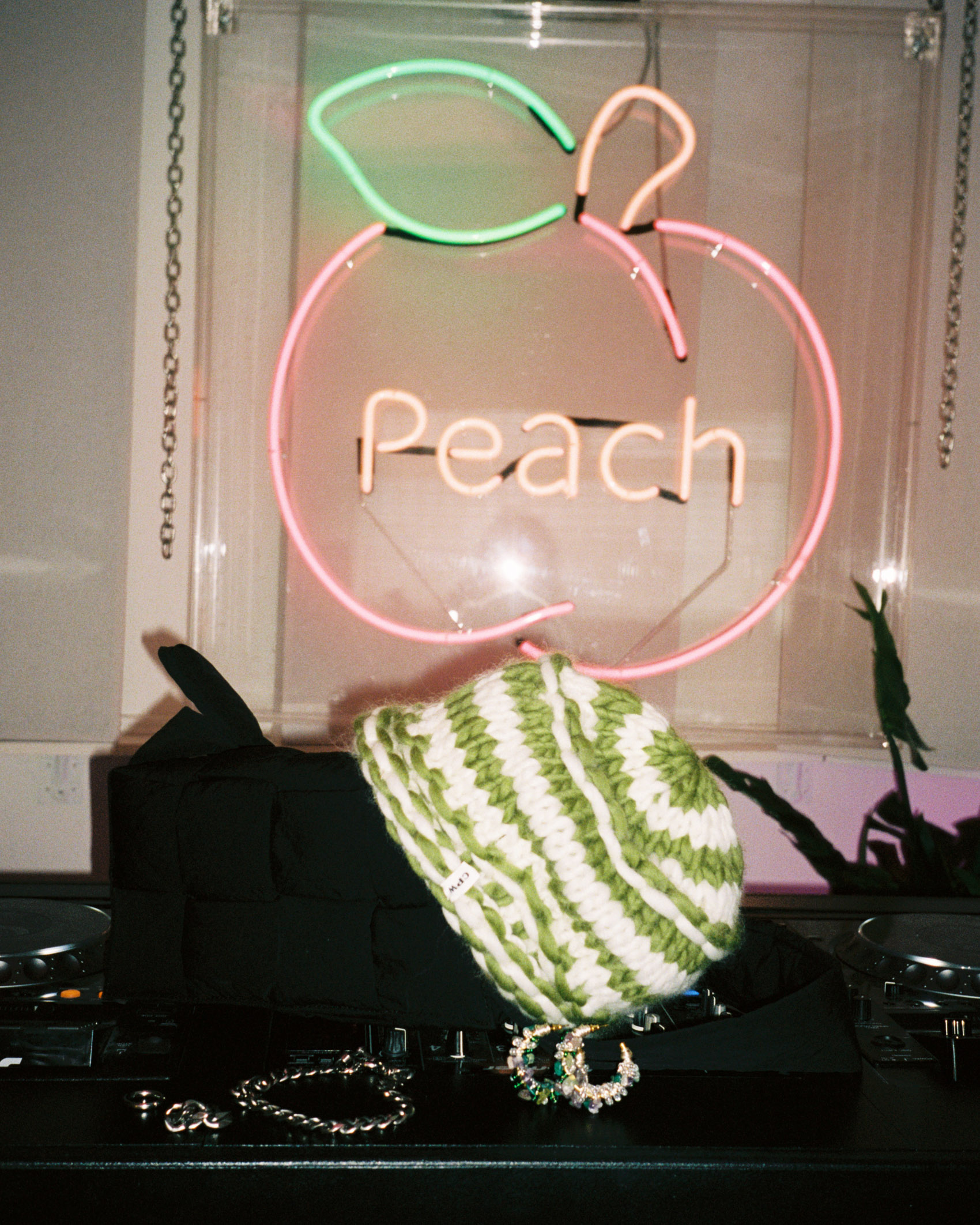 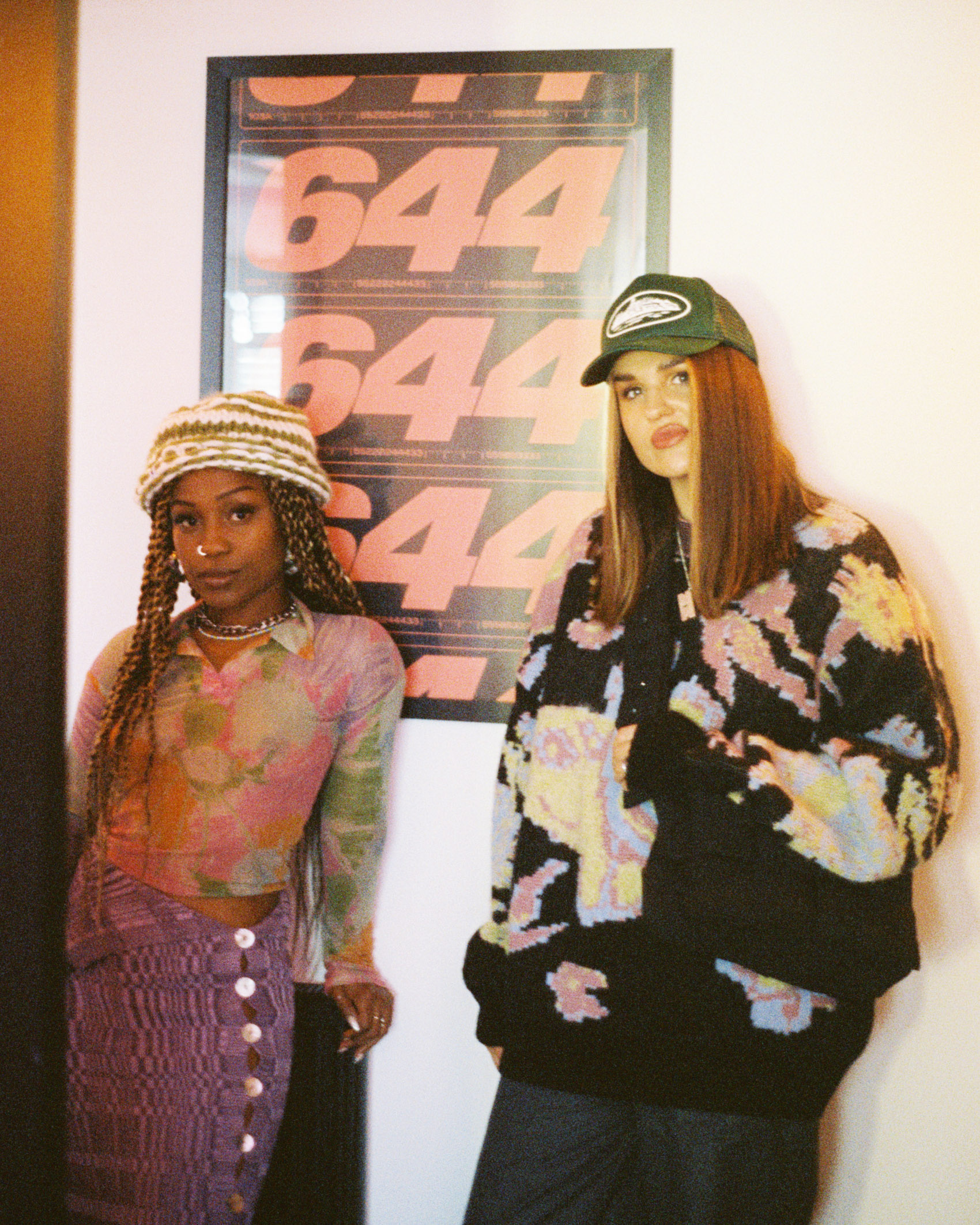 Hey Kacie and Irene, where are we right now?

Kacie: We are in 644 Studios, which is a music recording studio and creative hub that myself and Lude have been creating since early 2020.

Irene: By far the most impeccable and clean studio I have ever been in.

How do you describe Peach?

The genres you would hear at Peach are Hiphop, Rap, Trap, RnB, Drill, Dancehall, etcetera etcetera.  We would describe it as an events platform that taps into live events, radio, day parties, festivals, merch and recently all femme parties.It’s a family that comes together for the love of music. The energy and vibe it creates is unmatched.

What drew you towards producing and DJing?

Kacie: I’ve just always had a love for music. From a young age. I would say I really found my love when I started going to live shows with my mum when I was young. She took me to a Pink concert and that’s when I realised that women could play the drums and so many other things than just being a ‘popstar’. From then I was obsessed. I started drum lessons in school and started to tap into production and basic music theory. I would sit for hours listening to loads of different radio stations around the world, just hearing all the different sounds and genres.

As I got older it was a natural progression to DJing and producing. I had always messed around. My parents bought me my first set of turntables when I was 12 for Christmas. I really put myself out there as a ‘DJ’ in 2011, then eventually worked up the courage to start dropping some of my productions. It makes me cringe hearing back earlier stuff. 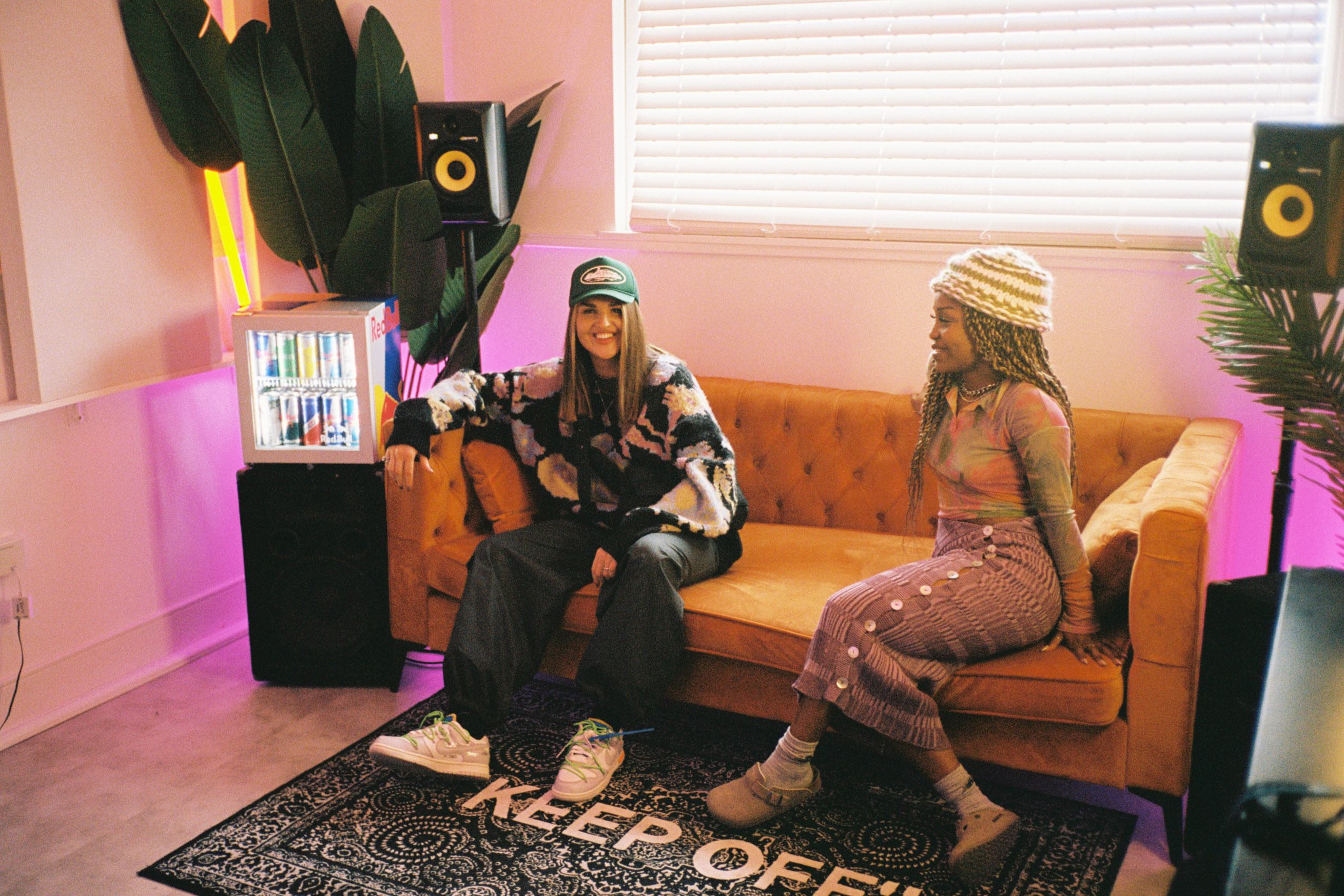 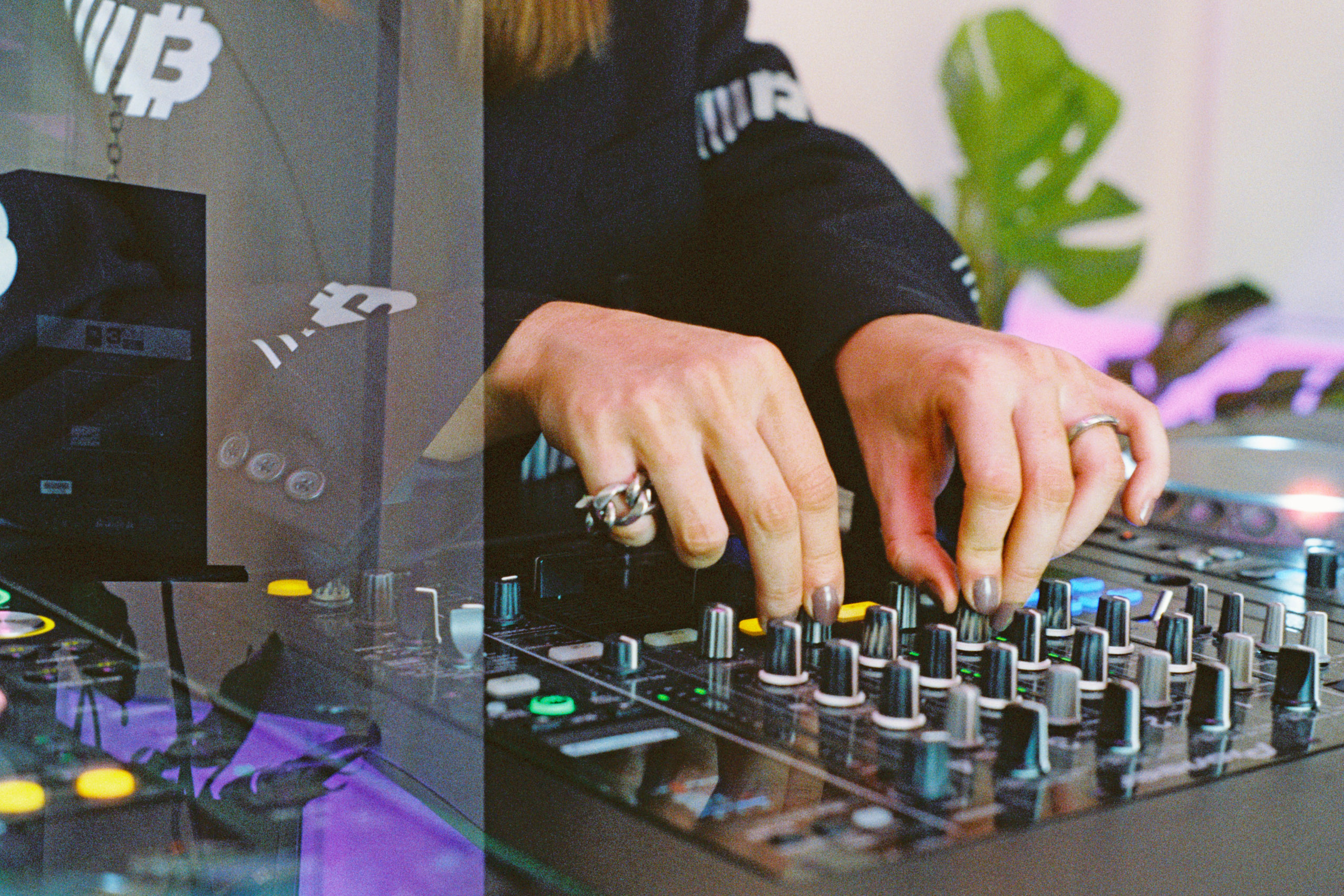 How did you guys get together?

Kacie: It’s authentic: nothing is forced, genuine connections. It was just me and my girlfriend Rachel that started it off. That’s where the name comes from – Rachel’s nickname growing up was Peach because she always scored good goals in football. We felt Peach covers everything woman, even those little tomboys scoring goals.

We wanted to expand it out more and with Rachel being busy with work and other commitments it made sense to make a bigger team. Peach was gathering enough interest and hype that it made sense to start expanding. And we are all friends, we knew Irene, we built a natural connection.

Peach has taken years of time and effort so we wanted to make sure that whoever was coming into Peach knew exactly what we did, shared the same values and goals, and Irene has been since day one. She knows what Peach stands for and she knows us – something that is important to us is to make sure it’s woman-led.

Irene: I don’t shut up about Peach, whether that’s at work or with friends. It was an honour to be asked to come on board on something that I feel is so vital for the scene in Scotland. It really is one of a kind and so well executed and I’m excited for what’s to come.

What kind of space are you hoping to create when you host an event?

We try to make it as diverse as possible – it is extremely LGBTQ+ friendly, there are no limits at Peach, we welcome EVERYONE.

We are girls girls girls – anyone femme identify.  Since day one it’s been created for women and we make it clear it’s women at the front – women have priority in the line-up and crowd. We love our Peach boys of course and they have always respected our values.

We actually created an all femme party called BBO and had our first night late last year which went down great. Everyone could let loose and the messages and feedback we received as a result of the event shows us this is something that is wanted in Glasgow. We can’t wait to see BBO grow! 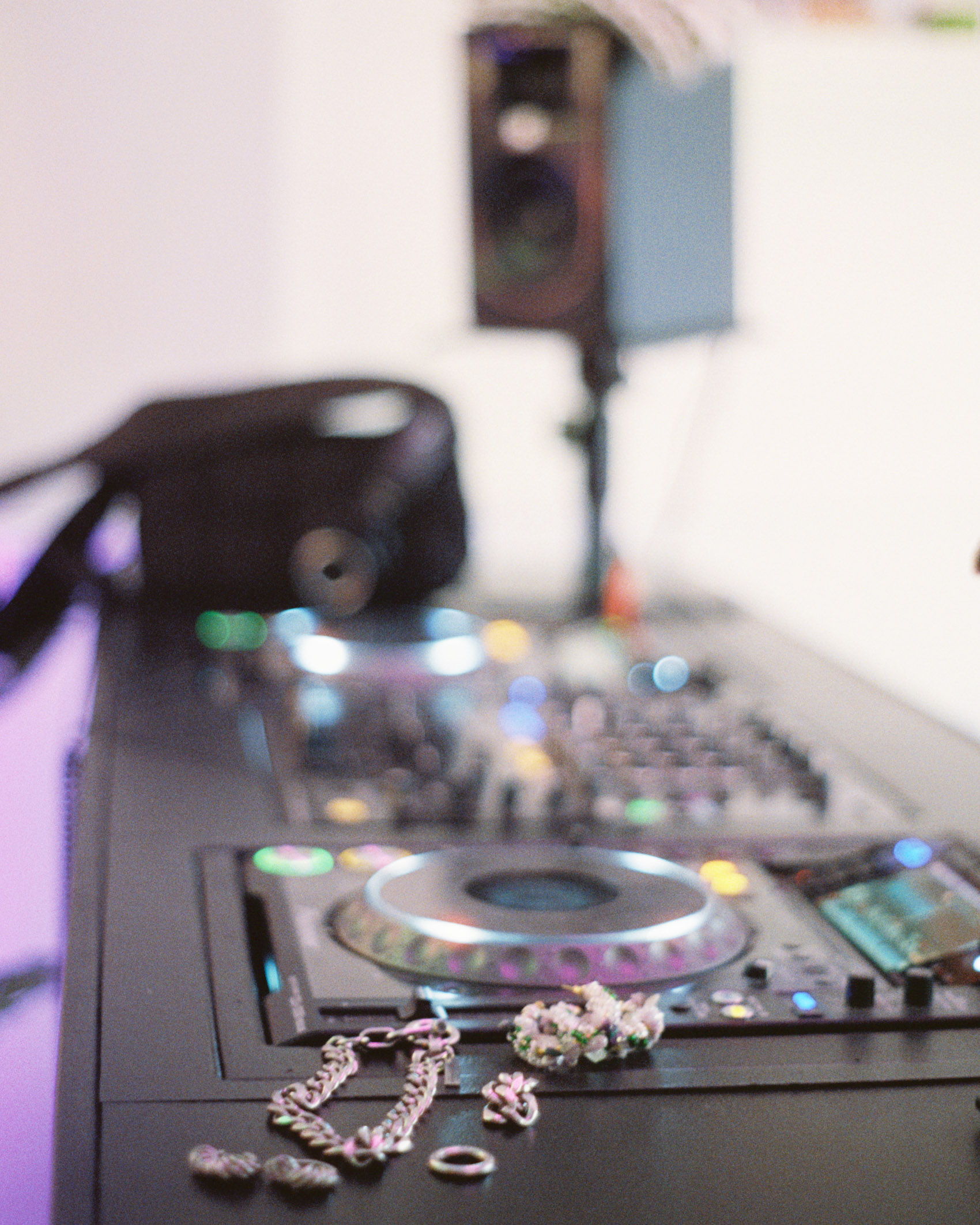 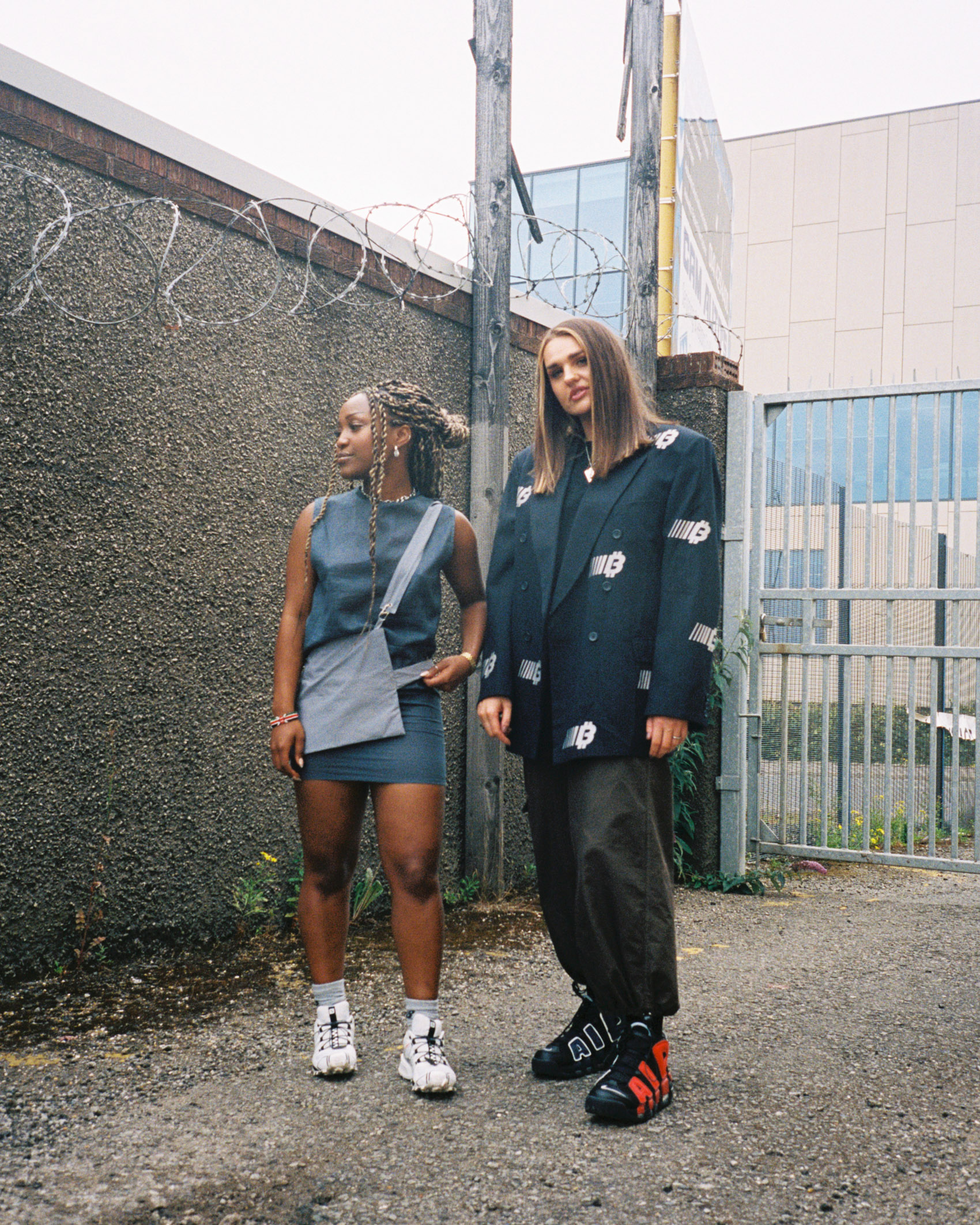 Where are you guys pulling your influences from? When you go about making a new set, what does that process look like?

Kacie:  It’s a broad range – Soulection; what’s going on in America; what parties are going on in Paris; what’s popping in Berlin, Amsterdam, Lisbon, and of course London. Nine out of ten times when we book DJs or artists we have already made a connection with them. Whether it be through me doing shows in London or going to parties, we do make friendships and relationships from it all. Which again I think makes it feel more like a family and welcoming vibe.

We take a lot of time and effort to listen to loads of new people and their sets. Even if it means taking a trip to attend an event to see how the DJ creates a vibe with the crowd, we will! It’s all about making connections.

Peach is always trying to bring new music to the events – it’s important we represent that. Even in my own sets I always try to introduce new music. I feel like it creates memories for people, they remember where they heard it first, they remember how it felt, and I also love to see how a crowd reacts.

What’s your dream event: who’s there, who else is playing, where is it?

Oh wow, where do we start! What’s the dream budget? Haha. Progress to a bigger audience: bigger names, more artists, more collabs, more music, more events, more everything. Same with BBO – bigger audience and all the top women on the line up. Wow, imagine…

But overall a Scenic backdrop in Scotland: suns out, good drinks, good food, amazing line up. People like Joe Kay, Shaybo, Skii Fall, Drake, Pusha T, Knucks, M Huncho, Ms Banks, Bia, RhiRhi – the list goes on. We have so many ideas with a few things in planning. We are keeping them under wraps. We don’t want to give anything away, hehehehe. If I want to start DJing, where do I start? How does someone stand out today?

Kacie: Be your authentic self – what you really love always. Have your idea and run with it.

Start by looking at DJ tutorials on YouTube. There are also classes you can do, DJ academy is a good one. I know it costs a good fair amount so YouTube is a great place to start and head to pirate studios to practice on some decks. They have a DJ room for you to just spend hours and hours practicing. Practice is the main key. Even today I’m still spending hours practicing. You’ve got to stick at it and keep working on it.

Gather loads of songs. Invest in small pieces of equipment if you can. Maybe a little controller and some speakers, and go for it!

Utilise all the social media platforms, local radio stations, networking at parties. Make yourself known – send your mixes to promoters you want to take notice for future bookings.

What’s something you think needs to change about the music industry in Glasgow?

Lots, I’ve been actively working on this for years now. More women, more diversity on the line ups. There is a great group of people working towards this to help make change and doing amazing things in Glasgow.

I would say if you feel there is something missing or if you don’t think people are doing it right then let’s create more parties – be your own promoter, there’s a lack of nights in Glasgow, and if you feel like there is something missing, or someone isn’t doing it right, then start it yourself! Start small and grow. That’s how to actually make change.

Although we can sit and criticise the Glasgow scene I feel like there’s only so much you can do without support from the rest of the UK. People from around the UK and globally need to show a bit more respect to Glasgow and the people doing things: the creators, the promoters, the musicians, the artists.

The lack of interest and respect is a huge divide – they need to include us more. That includes magazines writing about Glasgow, brands wanting to collaborate, promoters, artists, etcetera. One thing I’ve noticed over the years is that when a promoter from down south decides to hit Glasgow with an event they never include anyone from up here, or even chat to a local promoter to see how it goes down here. Their night always ends up dead and everyone at the event leaves thinking Glasgow is shit which is so far from reality. Glasgow is amazing, but it takes a bit more work to put on an event here and YOU NEED to include the local community. 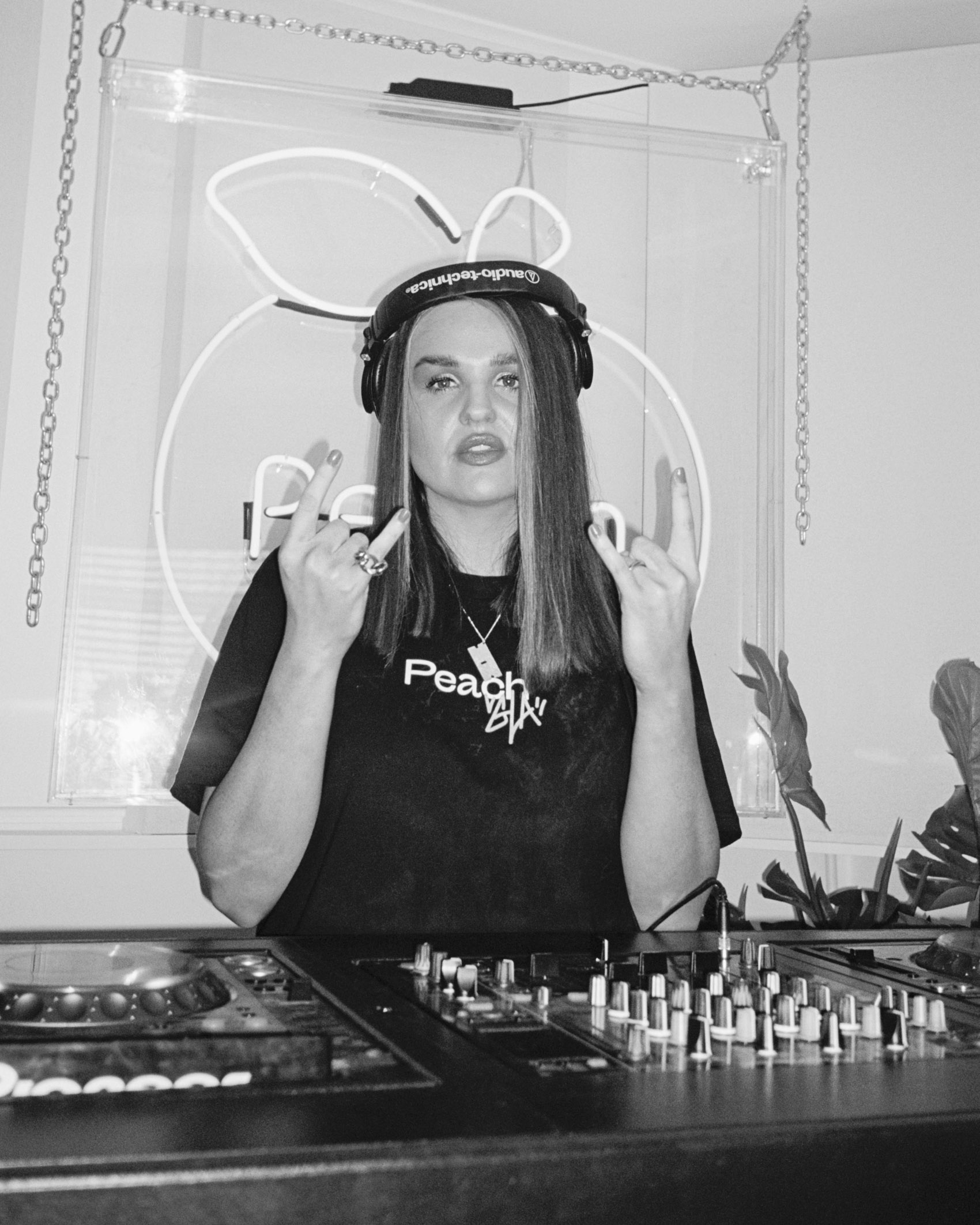 Where’s the future of Peach heading?

It’s all a natural progression, We won’t ever throw a party that doesn’t feel right for the sake of it or for just the bag. That’s why we don’t throw a party every month.
We’re working on more merch, different types of parties, different types of events, and opening more doors to more opportunities. We’re collabing a lot more with brands and promoters.
More DJs, More promoters, More brands, More music, More space, UK pop ups and Bigger parties.